A single-board computer (referred to simply as SBC) is a complete computer built on a single circuit board, with microprocessor, memory, input/output and other features required of a functional computer. Single-board computers are commonly made as demonstration or development systems for embedded computer controllers and systems. 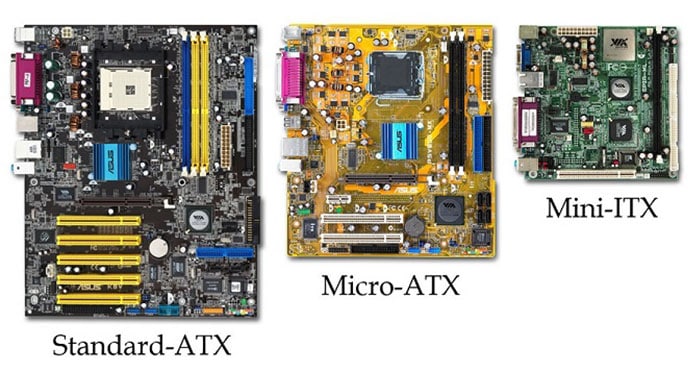 Mini-ITX is a 17 × 17 cm (6.7 × 6.7 in) motherboard form-factor, developed in 2001. They are commonly used in small-configured computer systems. Originally, they were a niche product, designed for fan-less cooling with a low power consumption architecture, which made them useful for home theater PC systems, where fan noise can detract from the cinema experience. The four mounting holes in a Mini-ITX board line up with four of the holes in ATX-specification motherboards, and the locations of the backplate and expansion slot are the same (though one of the holes used was optional in earlier versions of the ATX spec). Mini-ITX boards can therefore often be used in cases designed for ATX, micro-ATX and other ATX variants if desired.